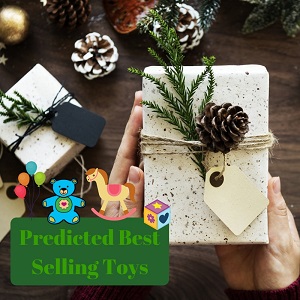 It’s only July but we like to get ahead of the game and we suspect there’s a fair few of you out there that like to get a rough idea of what your children are going to be wishing for this Christmas. Here is a rough guide as to what we think are going to be this year’s best sellers.

Nerf Guns – Nerf guns are revolutionising children’s warfare and driving parents crazy with a consistent hail of foam rods being fired towards them. Aside from finding Nerf ammunition in the most unexpected places, there is a great amount of fun to be had with these toys. Turn your house into a warzone, put camouflage on your face and engage in battle. The cost of these toys vary between £10 – £50, the more expensive the gun, the more harmless chaos you can cause.
Popular Nerf guns on the market.
1) Nerf N-Strike Elite Retaliator
2) Nerf Modulus ECS10 Blaster
3) Nerf N-Strike Elite HyperFire Blaster

Lego Dimensions – This video game can be bought for either Xbox 360, Xbox one or Playstation 4. What it allows the player to do is build a portal out of Lego and transport their favourite characters from 14 fan favourite shows into the game. Additional packs can be bought for this with examples being Ghostbusters, Doctor who and the Simpsons. Vehicles that the player wishes to take into the game must be physically put together before putting on to the portal.

Finding Dory – With the release of Finding Dory, sequel to the fantastic film Finding Nemo, we predict that children everywhere will be wanting to get hold of some of the brilliant merchandise that Disney will be selling over the Christmas period.

Minecraft Wristband – Minecraft has had phenomenal success with getting children and teens (even adults too) involved with their world building game. The game lets players build their own environments and the aim is to survive by building houses, making armour and weapons by forging metals, and ultimately surviving. If you dig down you find secret caves and life threatening skeletons, you’ll also find valuable ores that you can use to make stronger weapons. The creators of Minecraft will be launching a wristband that the player can connect to any Mac or PC via usb and carry on from where they left off without any need to download the game. This will be the demand of any Minecraft crazy kids.

Top tips to increase Christmas in-store sales Product promotions are at their peak at Christmas.…

Is virtual Santa the new grotto experience? The year of 2020 was unprecedented due to…

Hire a Santa 365 Days of the Year! Christmas is the one day of the…